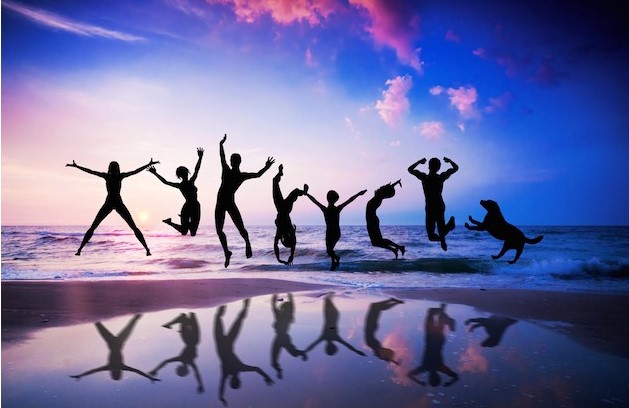 “As much as we need a prosperous economy,

we also need a prosperity of kindness and decency.”  ~ Caroline Kennedy

Economy is generally defined as the management of resources with a view to its productivity. The goal of any meaningful economic system, of course, is to secure prosperity for those participating in the market. Economic development, in turn, is a more specific term that includes planning and implementing policies designed to improve conditions for the social well-being of people.

Logotelogy (i.e. Meaningful Purpose Psychology) coaches, trainers, therapists, and consultants are in the economy business; and particularly the economic development of people and all people-related systems such as governments, societies, organizations, as well as groups and teams. However, logotelogists — and those committed to the Logotelogy method — do not transact in monetary currency, but rather in meaning currency.

Perhaps one of the closest parallels to a meaning economy at a national level as defined by Meaningful Purpose Psychology or Logotelogy is the United Nations Gross National Happiness Report[i]. With Bhutan as the pioneer[ii], the country – since 1971 — has refused to measure national progress using the GDP as its standard. Rather, it measures national success through gross national happiness (GNH).  Bhutan continues to be a trend setter influencing 68 countries to adopt a more holistic approach to development.

The orientation toward a GNH prioritizes well-being over material growth. GNH and Logotelogy’s Meaning Economy concept are very compatible since it places people first as the worthwhile standard rather than economic pursuit. Specifically, GNH goals are aligned with The Boston Institute for Meaningful Purpose’s[iii] findings on what humans yearn for in life. Specifically, humans yearn and strive to live under five meaningful conditions. Those conditions we call Logotelogy’s Five Meaningful Life Strivings, which are:

The Five Meaningful Life Strivings are the currency of a meaningful economy. Those committed to genuinely succeed in life transact on meaningful currency. Hence, Logotelogy’s Five Meaningful Life Strivings are required conditions for long-lasting progress and thriving, be it personal, in group and organizational settings, as well as when applied to environmental and international situations. All interventions for improvement and growth, according to Logotelogy, must meet the Meaningful Five Strivings test. This applies to coaching, counseling, therapy, consulting, education, public policy and development.

In addition, improvement initiatives require that each striving be followed in sequence since – for the most part – it is a pre-requisite to the next. For instance, it is impossible to feel safe and in peace, if one is not surrounded by considerate and caring people committed to one’s well-being. In other words, a person can have peace of mind when others can be depended to “have one’s backs”. Consider also Barbara Fredrickson’s broaden-and-build theory (2004) where positive emotions such as happiness “appear to broaden people’s momentary thought-action repertoires and build their enduring personal resources (Fredrickson 1998, 2001). Following this sequence, we label transacting, leading and managing through meaningful means as “The Path to a Meaningful Life.” On the other hand, — aligned with strong psychological research — starting from prosperity with the intent of buying and pursuing interest, happiness, peace and peace of mind, as well as love, is doomed to fail. We call that approach, “The Path to a Meaningless Life.”

“For success, like happiness, cannot be pursued, it must ensue, and it only does so as the unintended side -effect of one’s personal dedication to a cause greater than oneself. Happiness must happen, and the same holds for success; you have to let it happen by not caring about it.”  Viktor Frankl, Man’s Search for Meaning

Does GNP Lead to GNH?

A strong Gross National Product (GNP) does not translate or leads to Gross National Happiness (GNH). Take China, as an example, a country who, according to the 2017 United Nations Happiness Report, has enjoyed robust growth, yet subjective well-being dropped.

“GDP in China has multiplied over five-fold over the past quarter century, subjective well-being over the same period fell for 15 years before starting a recovery process. Currently levels are still, on average, less than a quarter of a century ago.” ~ World Happiness Report 2017

This is compatible with our Boston Institute’s studies that continue to show that a country or an organization’s positive trend toward growth and profit does not automatically correlate with meaningfulness.[iv] Bluntly stated, growth and profit do not inevitably lead to the sustained subjective well-being of all stakeholders. This is true in history, as in the rise and fall of the Roman Empire; and to organizations, as in Enron and Blockbuster. Be it for a lack of ethics and good governance, a distorted view of humans (meaningful striving “love”), or for lack of innovation (meaningful striving “interest”), evidence continues to show that social meaning economies (e.g. organizations) that blatantly go against the Five Meaningful Life Strivings implode.

Does this mean that a firm can not succeed financially unless there is a robust meaningful economy? The simple answer is “no”. Organizations can be financially successful even when they do not pursue the virtuous path of a meaningful (people and social) economy. In extreme cases, we see this type of “success” in drug cartels and human trafficking. Sadly, however, while following a more benign approach, this “profit and efficiency at all cost” slant is the way most organizations are managed.[v] Since their primary and central definition of success is economic, as long as they meet that benchmark, their leaders can claim success and are rewarded accordingly. Yet, as evidence shows, the price of wasted human potential that could have yielded even greater profit and a broader positive social impact is enormous. They “succeed” financially despite the unhappy state of the typical worker. If there is any doubt, just consider the dismal state of employee engagement around the world.

The squandering of human potential is the outcome of a confused view of people. For example, related to organizations, the evidence is clear that people are viewed as disposable resources who are hired because of their usefulness.  Even when the company is competitive, and employees are producing responsibly, management will many times cut costs through layoffs, by reducing work hours, and by moving people from a full-time status to a part-time or contract status. History has a long track record showing that there is a risk in any subtle insinuation in viewing people through a lens of usefulness versus dignity and potential.

“But today’s society is characterized by achievement orientation, and consequently it adores people who are successful and happy and, in particular, it adores the young. It virtually ignores the value of all those who are otherwise, and in so doing blurs the decisive difference between being valuable in the sense of dignity and being valuable in the sense of usefulness. If one is not cognizant of this difference and holds that an individual’s value stems only from his present usefulness, then, believe me, one owes it only to personal inconsistency not to plead for euthanasia along the lines of Hitler’s program, that is to say, ‘mercy’ killing of all those who have lost their social usefulness, be it because of old age, incurable illness, mental deterioration, or whatever handicap they may suffer. Confounding the dignity of man with mere usefulness arises from conceptual confusion that in turn may be traced back to the contemporary nihilism transmitted on many an academic campus and many an analytical couch.” ~ Viktor Frankl

The good news is that there are firms that define success using both people and financial metrics; and who do not operate from an either/or standard. In these firms, people are not a disposable resource; people are viewed as the indispensable source for success. Also, the evidence is mounting that organizations who are able to build meaningful economies for all stakeholders perform better than those who do not.[vi]  The Boston Institute for Meaningful Purpose is proud to offer solutions aligned with the belief that responsible individuals and work-groups who follow the Five Meaningful Life Strivings help all stakeholders prosper, and benefit from a more holistic and wholesome definition of success.

Does it Work at the National Level?

Following Bhutan’s experience with what is meaningful, according to an article published by The Guardian, “Bhutan is also being held up as an example of a developing country that has put environmental conservation and sustainability at the heart of its political agenda. In the last 20 years, Bhutan has doubled life expectancy, enrolled almost 100% of its children in primary schools and overhauled infrastructure.”

Thakur Singh Powdyel, Bhutan’s minister of education, states that “GNH is an aspiration, a set of guiding principles through which we are navigating our path towards a sustainable and equitable society. We believe the world needs to do the same before it is too late.”

Moreover, in a primary school in Thimphu, the headteacher, Choki Dukpa, states that “An education doesn’t just mean getting good grades, it means preparing them to be good people.” Powdyel’s guiding principles and the country’s goal to prepare citizens to be good people are compatible with the Five Meaningful Life Strivings.

However, despite the progress, Bhutan still has a lot of catching up to do and face up to problems with crime, the lack of electricity for 70% of the population, and a changing climate.  It will take the help (i.e. life striving “love”) of the rest of the world to deal with global climate changes and its effect on Bhutan’s fragile weather environment.

“Both the United States and the world economy have already reached – and surpassed – their sustainable physical limits. Ground water is being drawn down, soils eroded, forests cut faster than they grow, fish caught faster than they reproduce, non-renewable fossil fuel burnt without development substitutes.” ~ Donelia Meadows

I already stated that the Five Meaningful Life Strivings are the currency of a meaningful economy. Why meaning? Because behind behavior lies meanings. Said differently, meanings trigger behavior.[vii] What sets logotelogy apart from other methods and interventions is its holistic approach to personality and to social settings. While for the most part, many methods focus on the what and how of behavior, Logotelogists are also concerned with the meaning – the why – and the consequence behind such behavior.

Logotelogy argues that without meaning modification or replacement, change – if it happens at all — is not lasting. Our educated conclusion is that — for the most part – competence-centered interventions can end up encouraging driven or extrinsic behavior to conform, adapt and adjust, rather than to willingly and genuinely transform personality to favor the meaningful. And while strength-based interventions do help individuals operate from innate inclinations that serve them well, if those strengths are not oriented to follow the standard and sequence of the Five Meaningful Life Strivings, it does not guarantee that others will benefit. Remember, for instance, how the Nazis were masters of efficiency murdering millions. Hence, competence and strength-based approaches do not automatically translate into meaningful behavior and consequence.

How do Logotelogists help generate, reinforce and sustain a meaningful economy?

Through carefully designed interventions that follow each element of the Five Meaningful Life Strivings [viii]. These strivings have application at home, at work, in social and political settings, and even in national and international affairs. They find application in coaching, therapy, counseling, consulting, education, public policy and development.

For more information on how to partner with a certified Logotelogist to build a practical and prosperous meaningful economy, please contact us below in the box titled, “Leave a Reply.”

[iii] Marrero, Luis A., The Path to a Meaningful Purpose: Psychological Foundations of Logoteleology. Bloomington: IUniverse, 2013

This site uses Akismet to reduce spam. Learn how your comment data is processed.